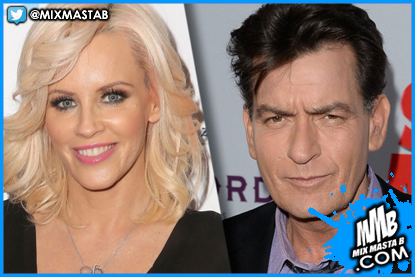 Jenny McCarthy has more to say over Charlie Sheen's revelation that he is HIV positive. Sheen's manager Mark Burg exclusively told PEOPLE yesterday that his client "was infected long after he worked with Jenny," but the actress has expanded on her previous statements noting a double standard in Hollywood. "Every actress (and actor for that matter) must disclose hundreds of personal health matters before ever being allowed to set foot on a film set," she shared on Twitter on Thursday.


McCarthy had previously expressed her concerns on her SiriusXM show Dirty, Sexy, Funny saying "it's scary" and "not fair" to have portrayed his love interest on Two and a Half Men knowing what she knows now. "The point I raised about Charlie Sheen on my Sirius radio show, had nothing to do with whether or not I think he put me at risk," McCarthy clarified in the tweet. "Yet an actor who interacts physically with dozens of actresses in intimate scenes, is not required to disclose that he has HIV? I am very aware that HIV is not spread through kissing, but I also believe that if an actress has to disclose all of her business before kissing a male costar, that actor should be required to disclose something [as] major as an HIV infection too." For eight episodes of the hit CBS show, the mother of one played one of Sheen's love interests , named Courtney, from 2007-2011. "His disclosures in his personal life are none of my business, and are for him to reconcile with the people he interacted with privately. I am not one of them," McCarthy concluded her long message.