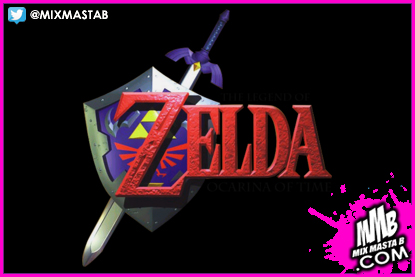 The Legend of Zelda: Ocarina of Time is rightfully regarded as one of the best video games ever made. But one gamer just made it look like a pushover.

That would be Twitch user Runnerguy2489, who beat the classic game while wearing a blindfold. Ok, yes, it took 103 hours to do so, but still, he beat the thing without ever seeing the screen.


Runnerguy2489 is something of a savant when it comes to Ocarina of Time. Earlier this year, he did a test run, playing through three dungeons while blindfolded. He’s clearly played it to death, having full knowledge of the game’s various glitches and shortcuts.
If you've got 103 hours to spare, you can watch the full run on his YouTube channel, though the last three hours are the ones you're likely most interested in.


"That's it; I'm shaking," he said after completing the run. "That was incredible. What a battle. ... I started this over a year ago. I didn't know how long it would take. And I didn't even know that 100 percent was possible. ... What I really like about this is every room, every little thing becomes a big deal. It's like just getting through a specific room in a temple .. can become this huge triumph or this crushingly frustrating part of the thing that you didn't think would take so long. That's what makes it so much fun."
Runnerguy2489 played the game every Wednesday night after he finished work. He credited support from viewers, who set their schedule to the game, for keeping him focused on his goal.
Runnerguy2489's not the first to beat the game without seeing it, though. That honor goes to Ontario, Canada's Jordan Verner, a blind player who defeated the game in 2010. Earlier this year, another player beat the game using a Dance Dance Revolution gamepad.
CREDIT / SOURCE - CHRIS MORRIS / YAHOO! GAMES
Posted by Mix Masta B at Tuesday, October 27, 2015

Email ThisBlogThis!Share to TwitterShare to FacebookShare to Pinterest
Labels: Ze