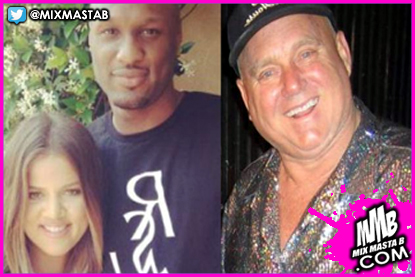 Dennis Hof, the owner of Love Ranch South, told Radar Online that he would sue Khloe Kardashian for Lamar Odom's $75,000 tab he ran up prior to being found unconscious at the brothel.
"If I don't get paid for the entire bill, I'll sue Khloe, I know she has the money. We have Lamar on tape signing the credit card statement — we have a copy of his driver's license — he was the one that determined the $75K price for the two hookers."


Dennis said that while he's sorry about Lamar's health scare, the former NBA star still needs to pay up. He added that "if he can't pay Khloe is going to have to pay, they are still married."
It was recently revealed that Khloe and Lamar called off their divorce following the athlete being moved to a Los Angeles hospital from Las Vegas, and it's been reported that the incident has brough them closer together.