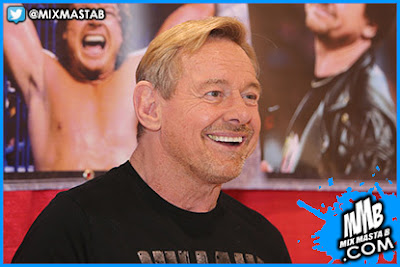 The bagpipes are still playing in tribute to the late ‘Rowdy’ Roddy Piper. The pro-wrestling legend passed away at age 61 on July 31, and now, the cause of his untimely death has been revealed. How sad.

Wrestling fans are still in shock over the death of “Rowdy” Roddy Piper. The man who took part in the very first WrestleMania main event was only 61 when he suddenly passed away and the news rocked the pro-wrestling world. Now, medical officials have determined the cause of Roddy’s tragic death.


In documents obtained by TMZ, Roddy’s death was reportedly caused by a blood clot in his lungs. Roddy’s death certificate (under his real name, Roderick George Toombs) states that Roddy had a “pulmonary embolism,” aka a blood clot, in his lungs. That supposedly triggered the fatal heart attack that ended Roddy’s life.
The document confirmed reports stated that Roddy passed away around noon while in his home. Roddy was reportedly sleeping when he suffered a cardiac arrest. Sadly, Roddy suffered from hypertension for years, which resulted in chronic high blood pressure and high blood pressure can result in blood clots. Fans wondered if his death was related to cancer, as Roddy was diagnosed with Hodgkin’s Lymphoma in 2006. But, like so many opponents in the ring, Roddy beat cancer and was completely disease-free by 2014.
If there is any silver lining in Roddy’s death certificate, it has to be that his profession was listed as PROFESSIONAL WRESTLER for 45 YEARS. Even in death, Roddy reminded everyone how he was a major icon in pro-wrestling, pop culture and beyond.

When the news of Roddy’s death broke, tributes from superstars like John Cena, Steve Austin,Hulk Hogan and Vince McMahon started flowing in. Hulk called Roddy his “best friend,” while Vince said Roddy was “one of the most entertaining, controversial and bombastic performers” to ever step into a wrestling ring. A fellow “Rowdy” fighter,Ronda Rousey, dedicated her UFC 190 fight to him, thanking Roddy for the name. And, the firstMonday Night Raw since his death opened up with a 10-bell salute and a touching video. Clearly, he will be missed.