Big Sean I Never Threatened Justin Bieber ... That Tweet Is a Fake! 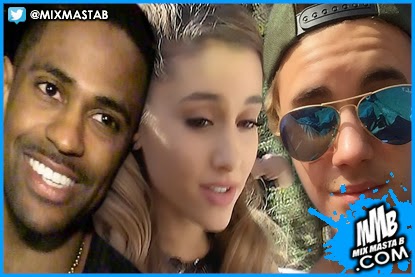 The Big Sean/Justin Bieber feud is over before it even started ... or more accurately ... it never existed in the first place.

A rep for Big Sean tells TMZ the tweet going around in which Sean threatened Bieber for laying hands on Ariana Grande during a concert ... is a fake.
We're told Justin and Sean are good friends  ... and that he and Ariana are just fine.
Another tweet of Sean's -- "so many times in my life I wish I could of been at 2 places at once" -- also sounded like it was about Bieber ... but we're told it had nothing to do with JB, and Sean just misses friends and family while on the road.
CREDIT / SOURCE - TMZ
Posted by Mix Masta B at Thursday, April 09, 2015