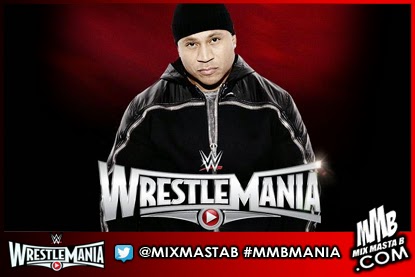 Television and movie star and Grammy Award-winning music artist LL Cool J will appear in the open of WrestleMania 31.
The WWE Universe got its first look at LL Cool J’s involvement with The Showcase of the Immortals in a video that aired on the March 16 edition of Raw. Last year’s spectacular WrestleMania open paid tribute to the sights and sounds of host city New Orleans. What will be in store for the WWE Universe when LL Cool J joins the mix this year?


See photos of last year's open | Watch WrestleMania 31 on WWE Network for $9.99
It is not the first time the pioneering performer has joined forces with WWE, either. In March 2014, he joined “NCIS: LA” co-star Chris O’Donnell in attending a raucous edition of Monday Night Raw.
In addition to his acting and music career, LL Cool J is also a shareholder of Rouse Social, a leading mobile app that aggregates all of the social media accounts from tens of thousands of artists, athletes and other celebrities into a single application. Rouse Social simplifies social media by displaying real-time feeds in multiple views and allowing users to engage with other social networks directly. The app, which pulls in from Instagram, Twitter, Facebook, SoundCloud, YouTube and many more social networks, can be downloaded from the iTunes and Google Play stores.
Click here for more info on WWE Network
Posted by Mix Masta B at Monday, March 16, 2015