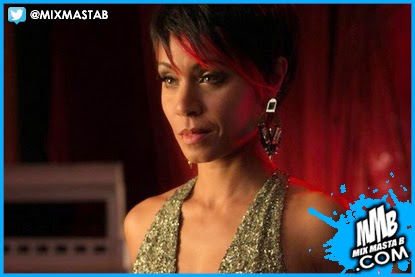 Jada Pinkett Smith joined “Extra’s” AJ Calloway at H&M Studios in Times Square where she broke the news that she is leaving the hit FOX show “Gotham” at the end of the season. The actress said, “We're done. I did my year and I had a good time,” but she reassured fans that her nefarious character, Fish Mooney, will go out with a bang. "The show is going to have an awesome finale!"

Jada couldn’t give too many details on her last episode, but she did say, "You never know what Fish might have up her sleeve." "Gotham" producers added in a statement, "Fish Mooney’s storyline takes a lot of interesting twists and turns into the finale of season one of 'Gotham.'" Pinkett Smith is grateful for her time on the show. "I've always been a comic book fan so it was definitely a dream to be able to participate in an origin story of Batman with an original character. Who would of thought in a million years that I would have the opportunity to do that?” “Gotham” airs Monday on FOX!