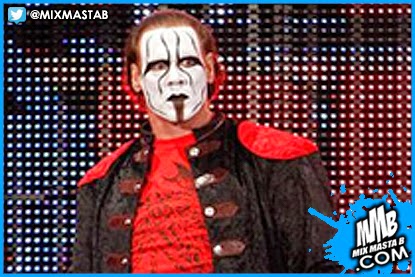 While we've come to expect a big brawl to end the final Raw before the Royal Rumble, WWE decided to change it up, and instead the end of Raw featured the first appearance of Sting on the Monday night program.
WWE fans have been waiting for the next sighting of Sting ever since his WWE debut at Survivor Series. While “The Vigilante” Sting has been mentioned almost weekly, he hadn't been seen since November. Finally, he appeared on the show that he once did his best to bury in the Monday Night Wars, once again disrupting the plans of Triple H and The Authority.


John Cena once again was on a quest to get Dolph Ziggler, Ryback and Erick Rowan rehired by the WWE. Triple H agreed to give Cena another chance to earn their jobs back (after allowing the fans to vote on whether the match would happen). He would have to beat Seth Rollins, Kane and Big Show to earn their jobs back, and if he lost, he'd lose his title match at the Royal Rumble
The match happened like you'd expect for the most part. Cena had problems early on, started to come back, then the numbers game caught up to him. Just when it looked like Seth Rollins would get the pin, Sting showed up on the Tron. As the noise grew in Dallas, the camera panned back, and it showed him walking towards the curtain, and then as his music played, he stood on the ramp. Everyone in the ring stopped, and looked toward him. Triple H looked apoplectic and started to push his way to the bottom of the ramp, yelling.
Cena used the distraction to roll Rollins up, and get the win. Sting, looking satisfied, made his way to the back, before Brock Lesnar came out to finish the show (more on this later).
While he didn't do much in the appearance (in fact, he was only on camera for about a minute), it made the ending memorable and got fans excited going into the Royal Rumble on Sunday. I do have to say, Triple H made the segment as much as Sting did. His outrage at seeing Sting, and then completely freaking out after the match, was perfectly done. It was a little surprising to see Sting do so little in one of his sparse appearances, but it certainly did the job in pushing us a little closer to a Sting/Triple H match that everyone expects for WrestleMania.
CREDIT / SOURCE - Aaron Oster / Baltimore Sun
Posted by Mix Masta B at Tuesday, January 20, 2015