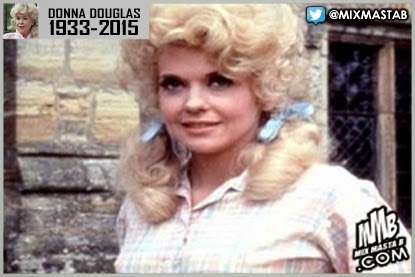 Donna Douglas, who played the buxom tomboy Elly May Clampett on the hit 1960s sitcom “The Beverly Hillbillies,” has died.

Her niece says Douglas died Thursday in Baton Rouge, Louisiana, near her hometown of Zachary. The cause of death was pancreatic cancer, Charlene Smith said. Douglas was 82.

She was best known for her role in “The Beverly Hillbillies,” the CBS comedy about a backwoods Ozark family who moved to Beverly Hills after striking it rich from oil discovered on their land.


The series, which ran from 1962 to 1971, also starred the late Buddy Ebsen and Irene Ryan as well as Max Baer Jr., who turns 77 on Sunday.
As Elly May, she seemed blissfully unaware of her status as a bumpkin blond bombshell. Typically she was clad in a snug flannel shirt and tight jeans cinched with a rope belt, and she seemed to prefer her critters to any beau.
Chosen from more than 500 other actresses, Douglas said she felt at ease playing the role because, like her character, she grew up a poor Southern tomboy. Her childhood in Pride, Louisiana, came in handy when she was asked during her audition to milk a goat.
“I had milked cows before,” she recalled in a 2009 interview with The Associated Press. “I figured they were equipped the same, so I just went on over and did it.”
CREDIT / SOURCE - Access Hollywood
Posted by Mix Masta B at Friday, January 02, 2015