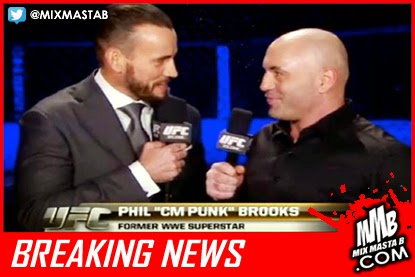 Former WWE Superstar CM Punk announced tonight during UFC 181 he has signed a deal with UFC. Coming off the heels of his interview with Colt Cabana about his side of the story between him and WWE's relationship, Punk mentioned WWE fired him. Therefore allowing him to side with whomever he wants.

- "I'm here to get my ass kicked or kick somebody's ass,"

- Punk's contract is said to be a three year deal