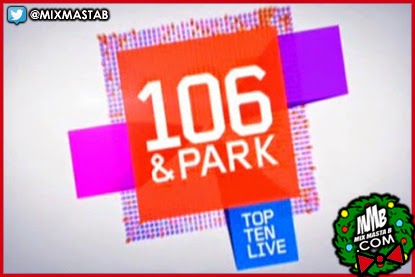 After 14 years on the network, BET’s “106 & Park” will air its final televised show on December 19. The music video countdown program will then move to a digital format on BET.com.


“It’s been a great 14-year run as America’s top music/variety show on cable,” BET’s president,Stephen Hill, said in a statement on the company’s website on Friday (November 14). “And now that very valuable brand is going to take its talents to the digital realm. The interactive brand you helped build, ’106 & Park,’ is alive and well… and it’s moving to the space in which our audience NOW interacts with music the most: online.”
Most recently, the show — which counts down the day’s top videos, and features interviews with rappers, actors, singers, and athletes — has been hosted by Bow Wow and Keshia Chante. Before them, hosts included A.J. Calloway and Free, who helmed the show from its 2000 launch until 2005, and Terrence J and Rocsi, who took over from 2006 through 2012. In addition to playing music videos and interviews, “106″ became known for its Freestyle Friday segments.
Despite moving off air for its daily shows, “106 & Park” will still resurface for specials — like on New Year’s Eve and prior to the BET Awards.
“I’m not trying to minimize it; this is a very big change,” Hill added. “We thank all the people who have worked on the show over the years; the talented hosts, the hard-working staff, production crews and all the incredible guests we’ve had. Most of all, we’d like to humbly thank the ‘livest audience,’ both in studio and at home, who fueled this landmark TV show from the very beginning. Meet you in the digital domain.”
CREDIT / SOURCE - MTV
Posted by Mix Masta B at Saturday, November 15, 2014