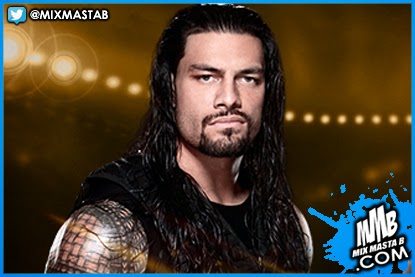 NASHVILLE, Tenn. — WWE.com has learned Roman Reigns has been rushed to a Nashville, Tenn., hospital to undergo emergency surgery for an incarcerated hernia. Reigns had been in Nashville to promote tomorrow's Night of Champions event. His recovery time will be evaluated by the local surgeon and WWE physician Dr. Chris Amann following today's operation. Check with WWE.com for updates on Reigns' condition.

WWE.com has spoken with WWE physican Dr. Chris Amann to get the latest.
"I was in contact with both Roman and the surgeon who performed the operation in Nashville today. Roman had developed acute abdominal pain in his hotel room last night after his match," Dr. Amann told WWE.com. "This wasn't related to a specific injury that occurred in the ring. Roman has had a pre-existing hernia for some time, which unfortunately had become acutely painful, which led to him going to the emergency room in Nashville. He was found to have a large hernia that was unable to be reduced, which means pushed back into the abdominal cavity. As a result, it was necessary to perform an emergent operation to open up the hernia sac and try and push it back into the abdominal cavity."
"At the time of the surgery, surgeons found a loop of small intestine was caught in the hernia sac, which would account for the pain and discomfort that Roman was having earlier in the evening," Dr. Amann explained. "The surgeons released the hernia sac so the intestine could be pushed back into the abdominal cavity. Once they were satisfied blood supply had returned to the intestine after releasing the hernia, they went ahead and completed the procedure. A mesh was placed over where the hernia had occurred to prevent future occurrences."
Now that the surgery has gone well, the clear next thought was when will the WWE Universe be able to see the powerhouse back in action.
"Roman has been transferred to the recovery room and is doing quite well. The plan is to keep him overnight, give him IV antibiotics to prevent infection and make sure the intestinal function returns to normal before discharging him from the hospital. If everything goes well, that should be tomorrow," Dr. Amann said. "Most of the time, the recovery time for something like this in terms of returning to physical activity is between four and six weeks. This was a pretty significant hernia, so it will probably be closer to six weeks."
WWE.com also asked Dr. Amann to elaborate on how this hernia differs from sports hernias, which sports fans know often lands top athletes on the injured list.
"This is a completely different type of hernia than sports hernia," Dr. Amann said. "A sports hernia usually refers to a tear in the lower abdominal wall that attaches to the ligaments. That type of tear is typically occurs from repeated activity or sports. Roman had what’s called an inguinal hernia. It can sometimes come from sports, but sometimes people are born with these. It is treated differently than a sports hernia."
Check back with both WWE.com and WWE Network for the latest updates on Roman Reigns' condition.
Posted by Mix Masta B at Saturday, September 20, 2014