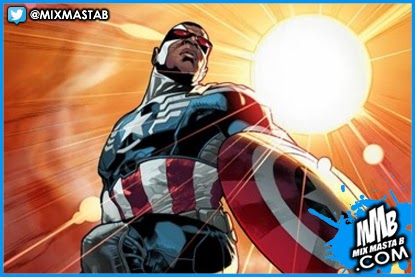 Another day, another announcement that Marvel is diversifying its heroes.

Just one day after announcing that its new Thor would be a woman, Marvel’s Chief Creative Officer Joe Quesada appeared on Comedy Central’s The Colbert Report to announce that the new Captain America would be a black man.