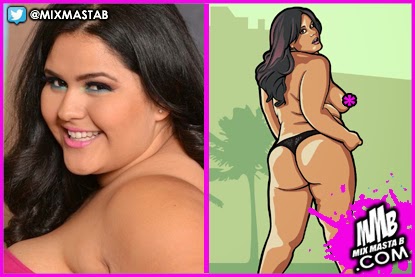 “I love working with Plumper Pass and Clint—they are very professional, make it so much fun on set that it doesn’t even feel like work, and the male talent is always top-notch,” says Karla Lane. “I’m looking forward to filming with them this week. My fans have been asking when I will be shooting for them again, so now they get their wish.”

Media inquiries about Karla Lane should be directed to Erika Icon of The Rub PR at erika@therubpr.com.
Posted by Mix Masta B at Thursday, June 12, 2014