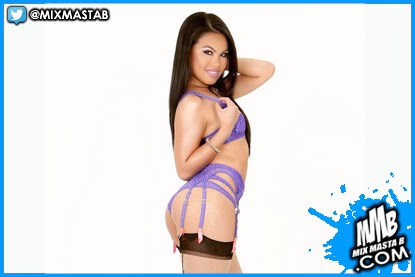 (HOLLYWOOD, CA) Powerhouse performer Cindy Starfall ( http://cindystarfall.net/) has received an X-Rated Critics Organization Unsung Siren award nomination. The nomination comes on the heels of her career defining “Star Showcase” release; Starfall from Evil Angel. In Starfall, Cindy demonstrates her willingness to submit herself to pleasure and push the boundaries of her own sexuality. Though not eligible until the 2016 XRCO awards,  Starfall spotlights the star’s love of sex and continued exploration of it. The XRCO nomination is a harbinger if what is to be Cindy’s best year yet as a performer.
“Being nominated for an award is always exciting,” said Cindy. “I’m glad my scenes are being seen. I love sex and think that shows in every movie I do. When someone watches a video like Starfall they can see the passion on my face.”
The 2015 XRCO awards are set to take place at Lure nightclub located at 1439 Ivar Ave in Hollywood on April 11th. More information on the event can be found on the organization’s official website: http://www.xrco.com.
In other Cindy news, the sexy superstar has delivered another stand-out performance in This Ain't The Interview XXX. In the recently released adult video parody of the notorious mainstream film, Cindy shows off her love of sex and insatiable desire to be pleasured as the character of Sook. The trailer for This Ain't The Interview XXX can be seen here: http://bit.ly/TATIXXXtrailer. DVDs signed by Cindy are currently available on her official website: http://cindystarfall.net.
Cindy Starfall is in the running to win XRCO’s Unsung Siren award! Be sure to see her award worthy moves in her newest release;  This Ain't The Interview XXX!
For more information on Cindy Starfall, please visit the Cindy Starfall network:
http://www.CindyStarfall.net
http://www.CindyStarfallXXX.com
http://www.Twitter.com/CindyStarfall
http://www.Facebook.com/RealCindyStarfall
For more pictures of Cindy Starfall, please click here:
http://www.starfactorypr.com/cindy_starfall.zip
Cindy Starfall is represented by OC Modeling
http://bit.ly/CindyStarfallOCModels
anthony@ocmodeling.com
(818) 626-9550
or
sandra@ocmodeling.com
(818) 298-6939
To book Cindy Starfall for a feature dance appearance, please visit:
http://www.AListFeatures.com
http://www.TheLeeNetwork.com
To interview Cindy Starfall for your website and/or publication;
Please contact Star Factory PR:
(818) 732-0191
Info@StarFactoryPR.com
A press release by
www.StarFactoryPR.com
Posted by Mix Masta B at Tuesday, April 07, 2015